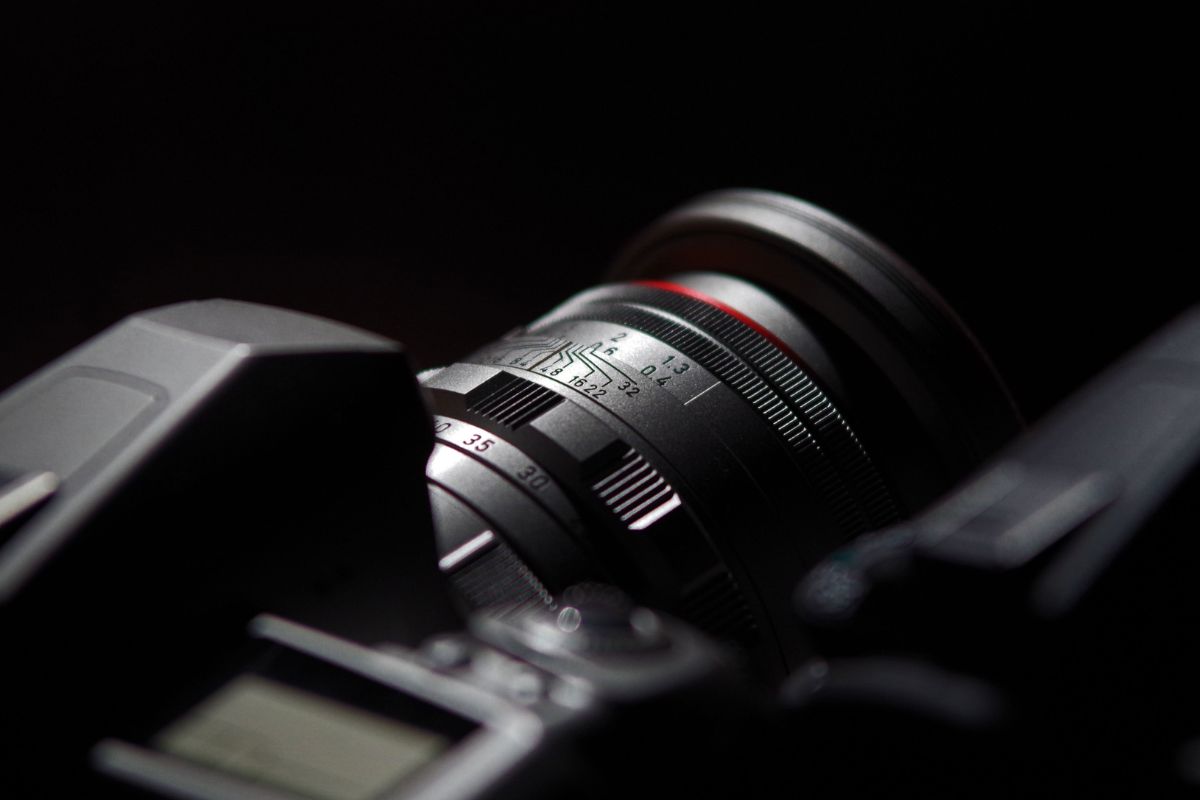 Pentax is a Japanese brand that has for a long time been a favorite of photographers worldwide.

With their large range of DSLR cameras, lenses, and other optics, they are often chosen for their quality and unique features.

Their APS-C DSLR series was a step-up for Ricoh, who spend a series of years improving their Pentax cameras and creating a range of cameras to suit the needs of different photographers.

One of the most impressive of this range is the Pentax K70.

A series of top features and fine image quality make it a great choice for photographers looking for something high-level without breaking the bank.

That said, its physical build, and modern accessibility feature oversight won’t be for everyone. If you’re taking a look at this camera and want to know if it’s right for you – you’ve come to the right place!

In this review, we’re going to break down each feature of this camera to see how it stacks up.

So let’s get right into it!

Being what is perhaps the best entry of Pentax’s APS-C DSLR range, this is a camera that has been designed for high-end photography.

If you’re looking for a camera that is great value for money, this might be the right one for you.

Some of its most defining features include a 24MP APS-C sensor that allows real attention to detail.

Another is its phase-detection AF pixels, allowing the Hybrid AF system to quickly focus when using line view. 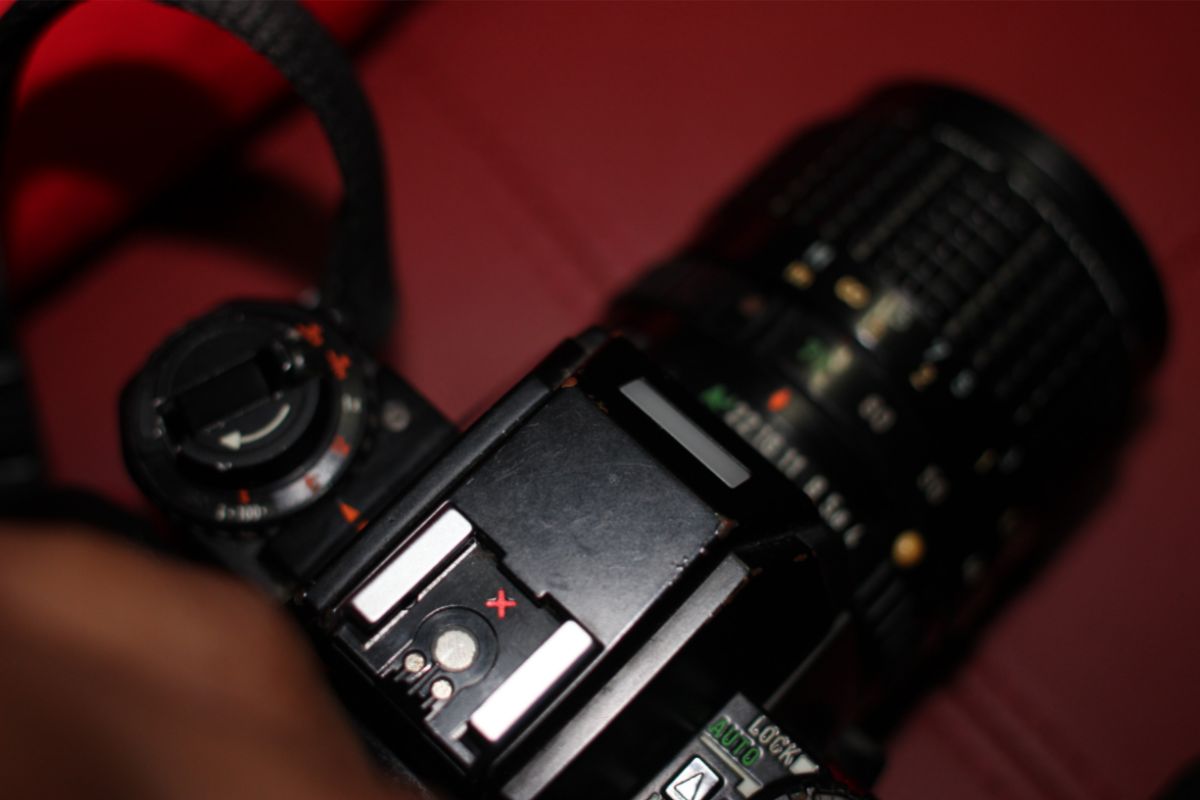 We’re going to list some of its specs below:

So one of the first things you’ll notice about the Pentax K70 is how heavy and large it is compared to other cameras of similar specifications.

This can be a real downside if you’re looking for something lighter, but there are some design reasons why it’s so heavy.

It has a rather classic, box design which allows for a deep grip that helps support your shots with thick rubber on the side.

It has fairly simplistic controls, with responsive buttons and a mode dial that is tall enough to tune easily no matter the size of your fingers.

It has two command dials, which give you options when you’re shooting.

A downside though is the place of the power control, which means you might end up switching to movie mode, but once you get a handle on where everything is you should be able to avoid this.

One of the main reasons why it’s such a hefty camera is that it has been designed to have complete coverage from dust and moisture.

It has been designed with seals that stop anything unwanted from getting in, and it’s also quite shock-resistant compared to other cameras of the same price point.

The Pentax K70 is the first of its line to include a Hybrid AF System.

What this means is that it has a contrast-detection AF sensor and a phase-matching AF sensor and that it autofocuses much more quickly than other cameras.

Generally, the autofocus locks onto a subject in less than a second, which is vital for capturing fleeting moments. 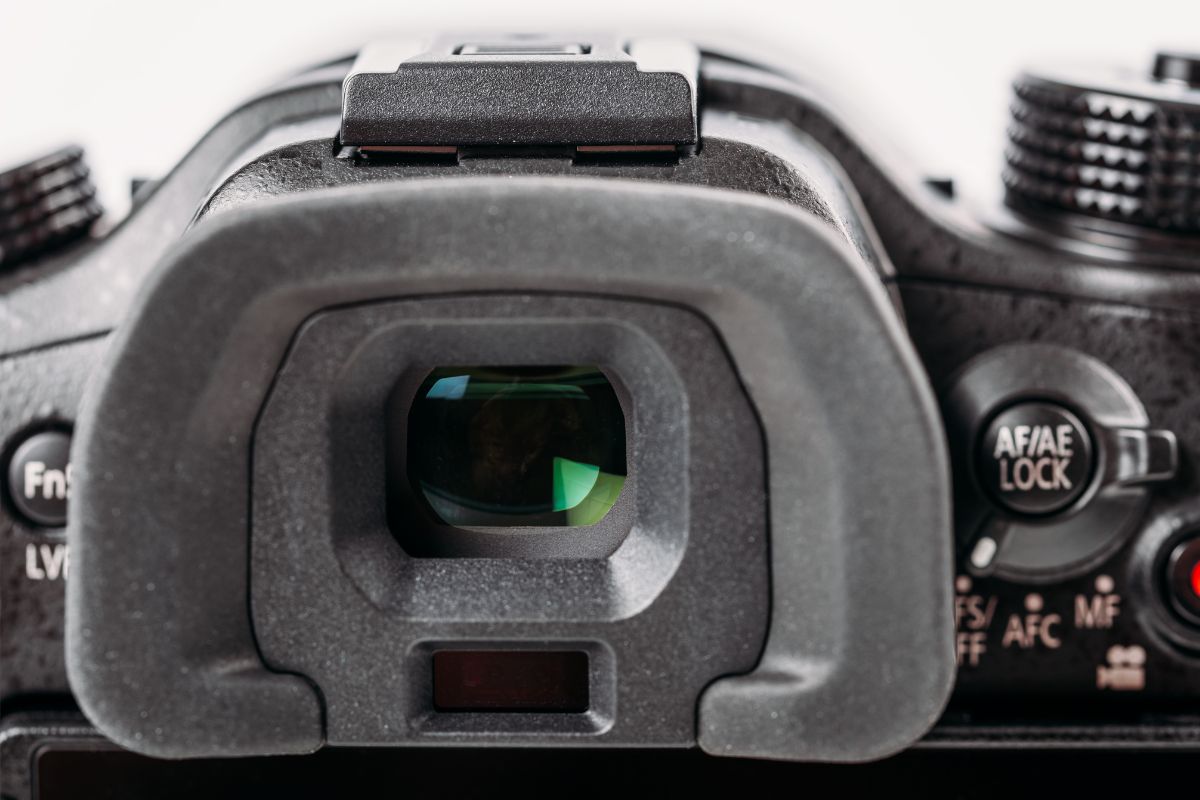 One thing you’re going to find impressive is its viewfinder – this is a feature that sets it apart from other cameras of the same price range.

It’s an optical pentaprism that has 100% scene coverage, allowing you to get a perfect understanding of the shot you’re currently composing.

Similarly, the LCD screen – although not touchscreen – has been designed to give you a good look at multiple angles.

It has a tilting LCD screen that means you can easily slide it out and get a good view of the image you’re creating from even the most awkward of angles.

These two features combined will aid you in composing measured and thoughtful photographs.

This is probably the most important thing that you’re going to want to weigh up. Thankfully, the Pentax K70 comes with impressive image quality.

It has very fast autofocus that manages to be accurate despite its lack of high-end point density.

You’re unlikely to need much exposure compensation here, and it means you’ll be able to quickly capture moments without much issue.

In terms of high sensitivity image quality, the Pentax K70 is one of the best you can buy. It shoots comfortably all the way up to 12,800 ISO, and you’ll be able to raise this even higher with a little bit of difficulty.

At lower ISO, this camera is likely to produce clear, defined colors that make it perfect for professional photographers, or those looking to create artistic color pallets with blocky colors.

The Pentax K70 also offers a few different modes that help set up different types of shots and mitigate possible problems you could encounter.

Its night vision mode allows you to get crisp images in low-light scenarios, and it works pretty well depending on the amount of light you have available.

Its Astro tracer mode is a new feature that allows you to mount a GPS unit and track celestial bodies.

This is particularly important if you’re into astronomical photography, and the celestial bodies in question will appear as point images without any of the troubling streaking effects.

This makes this camera suitable for either documentary or photojournalistic styles of photography, as it allows you to focus on a subject and the smaller details of a scene.

So above we’ve highlighted some of the most positive features of this camera, but now we’re going to move on to some of the more negative aspects of it.

While the body of it might not be for everyone, this comes down to personal preference, so we’re not going to dwell on it.

The main place this camera suffers is in its battery, wifi capabilities, and video capture mode.

While the camera is fast and responsive, it has some issues with extended sessions and has some longer buffer clearing speeds than its competitors.

It’s the small quality of life issues like this that stop it from being perfect. Similarly is its battery, which is much less impressive than others on the market.

It’s not that you’re going to have to constantly be worrying about it, but it does suffer on extended adventures or long shoots.

The Pentax K70 is a big step up from previous cameras, but that’s not to say it’s a totally modern camera.

It includes a free image syn app for android and iOS, but this app has always had a low rating and it is extremely slow and buggy.

This makes what should be a simple, fun part of the process a lot more frustrating.

This is one of the first times a Pentax camera has offered full-time autofocus for video.

It works well enough for smaller clips, but it’s not a camera that you can rely on to make short films or entire movies – and if that’s what you’re looking for, then it is best to go for something more specialised.

You may also find that the video from this camera has a blurry quality.

So there you have it! Overall, this is a camera that is unrivalled at its price point.

While it does suffer a little in terms of modern features and video capability, as well as some issues with its body design, it works well as a high-end camera that gives you a lot of options to work with.

One thing you’ll notice, shopping around for cameras is that nothing is going to be completely perfect, as whether a feature is good or not comes down to the individual needs of a photographer.

So in short, if you’re looking for a high-quality camera with strengths in its viewfinder, image quality, and ISO range at a low price point, then this is going to be the perfect one for you.

Its quirks can mostly be overlooked and you’re unlikely to be disappointed should you make the purchase.

We hope that this review has told you everything you wanted to know about this camera and that you’re not more confident about whether or not it’s the right one for you! 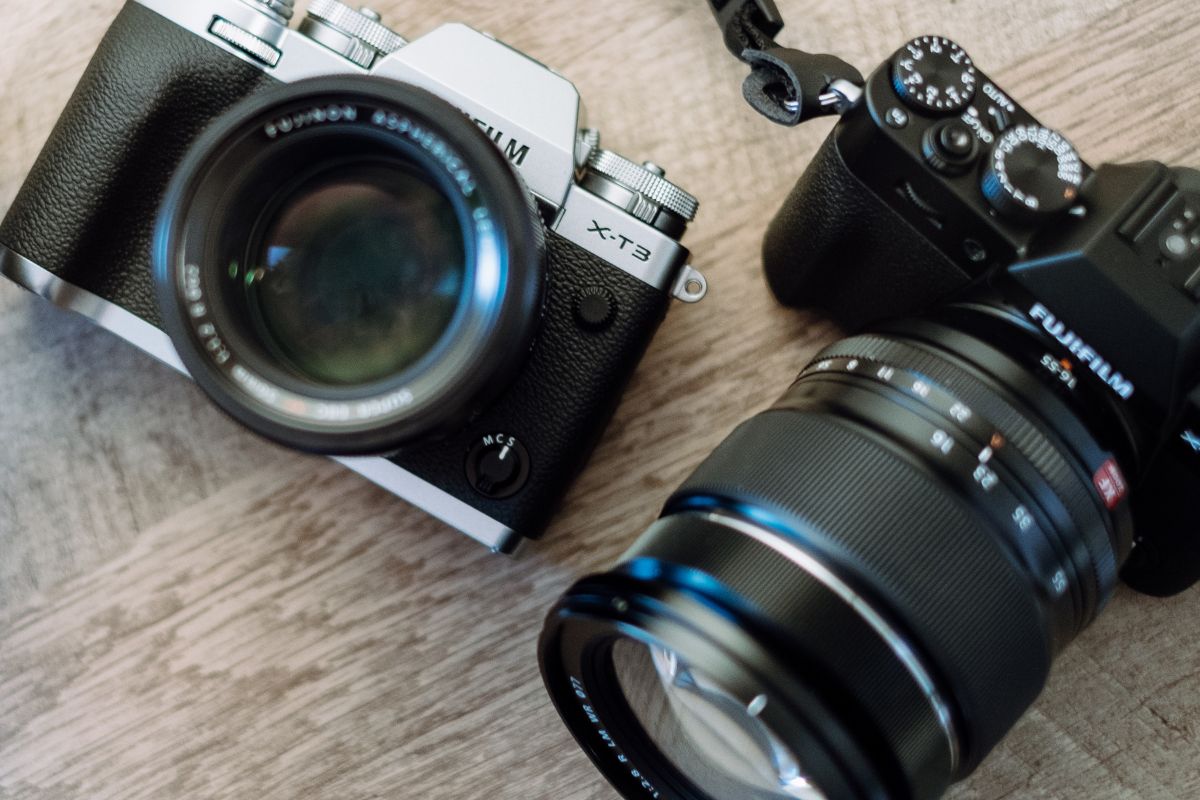 Macro Photography is a fantastic way to see the world from a different angle. By zooming in to a macro Leer más 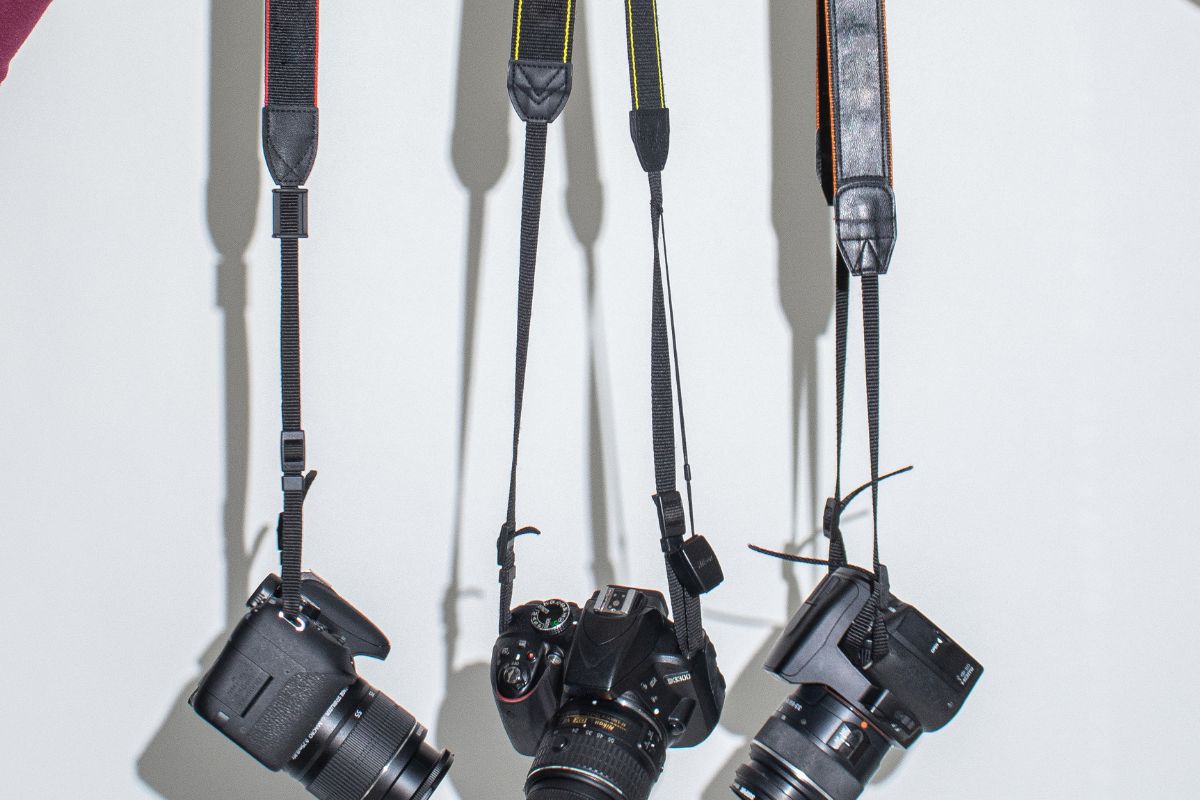 If you’re a photographer, one accessory that is above them all in terms of importance is your camera strap. On Leer más 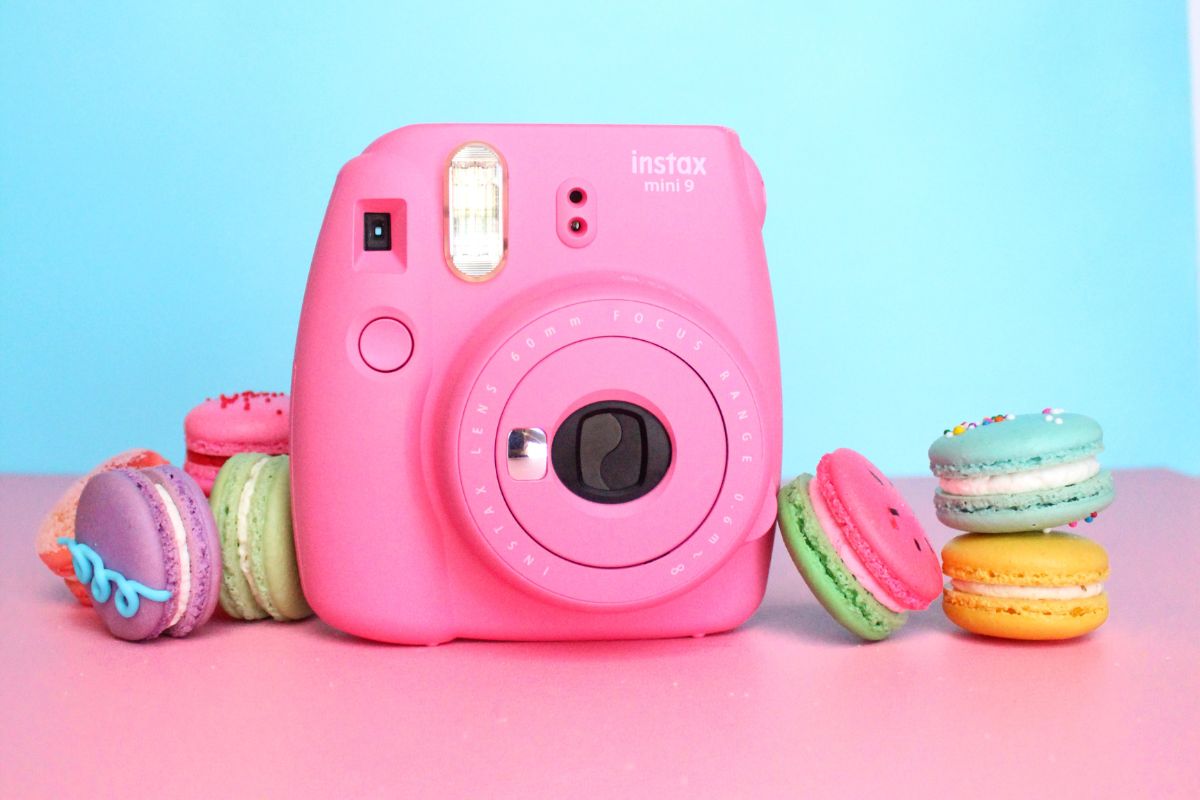 One of the most challenging things about getting into photography is understanding the technical side. This is hard for adults Leer más 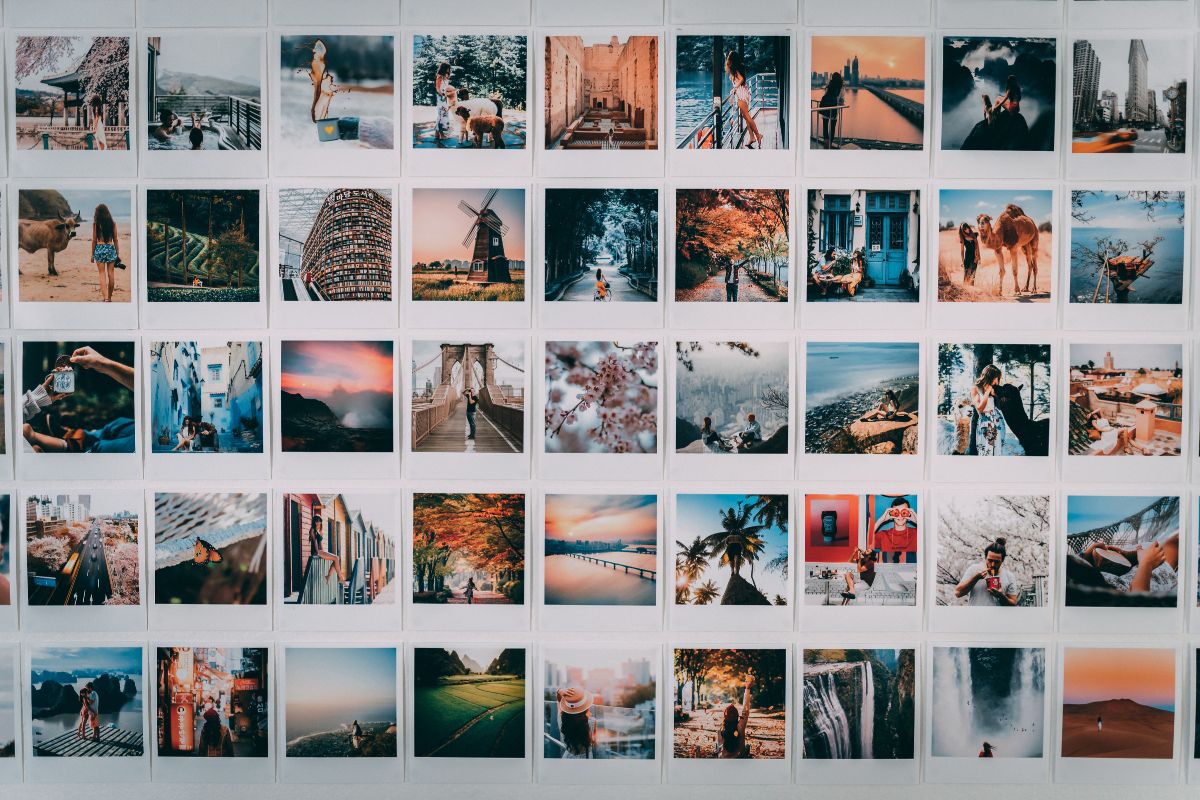 What Is A Polaroid?

If you’re new to photography, then the word ‘polaroid’ is probably something you’ve seen a lot. Polaroid photography is a Leer más